How Can I Help?

How can i help?

Who can I serve?

Where can I stand up, show up, and support?

I’ve been re-reading many of the late Ram Dass’s great quotes and stumbled on an old somewhat obsure book he co-wrote called “How Can I Help?"

It’s an homage to the helpers, the healers, the heroes.

The ones who stand up, show up, and quite often, offer up their fragile frames as a firm foundation for the elevation of others.

It reminds me, once again, how true freedom (of any kind) is rarely found in the usual places and spaces within which we seek them.

Instead, it’s through service.  Through curiosity, compassion, connection & community.

As Ram Dass taught us, this is the Bodhisattva’s path.

But as Kobe Bryant has shown us, it’s the warriors road as well.

I grew up in a quaint suburb not all that far from Lower Merion - where Kobe Bryan, years later, and not yet old enough to drive, appeared out of the ether to electrify audiences all over the globe.

Kobe was an electrifying enigma -  and a puzzle of paradoxes.

Being a life long basketball fan - for a long time, Kobe was the hometown boy who we all called our own.

His growing star cast a warm and wonderful glow on those of us who called the Philadelphia area home.

And yet, when, as a Laker he returned to Philadelphia to play Allen Iverson and our beloved 76ers in the finals back in 2010, he famously and told “us" he had come back to “cut our hearts out”.

(which he then proceeded to do :)

Not just the losing.  But the feeling of being betrayed by one of your own.

Other than recognizing his obvious greatness on the court, I didn’t really pay too much attention to Kobe in the years that followed.

And yet, like other unexpected and sudden seismic shocks I’ve felt in my life - I will always remember the precise moment I read the news.

What I’ve learned about Kobe is how his greatness and his exquisite athleticism were only a single side to a complex coin.

And how happily he helped.

It’s impossible to ignore that his legacy is so much more than what he accomplished as a professional athlete.

Instead, it was his willingness to use his preternatural gifts, talents and platform to reach down and elevate so many others.

Whether that’s on the basketball court, or in the much wider ocean of every day life the rest of us mere mortals swim, it matters not.

A winner isn't someone who stands on the roof and shouts about the great view.  She reaches her hand down, and pulls you up, so you can see it too.

All of us can do that.  For someone who can’t yet quite see the same view.

As Ram Dass captured so beautifully through a lifetime of service, it begins with a question.

Sometimes the answers are elusive.

But “when” is the easy part.

Because life is short.

And tomorrow is just a dream.

So wherever you are.

And in whatever you do.

Compassion in Quarantine: Some Simple Thoughts on #Mindfulness in a Crisis.

Quantum Entanglement for the Rest of Us

The Easiest Type of Book to Write

mindfulness, magic and mojo
Please enter at least 3 characters 0 Results for your search

May we suggest a tag?

May we suggest an author? 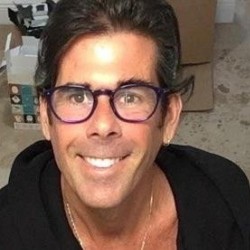